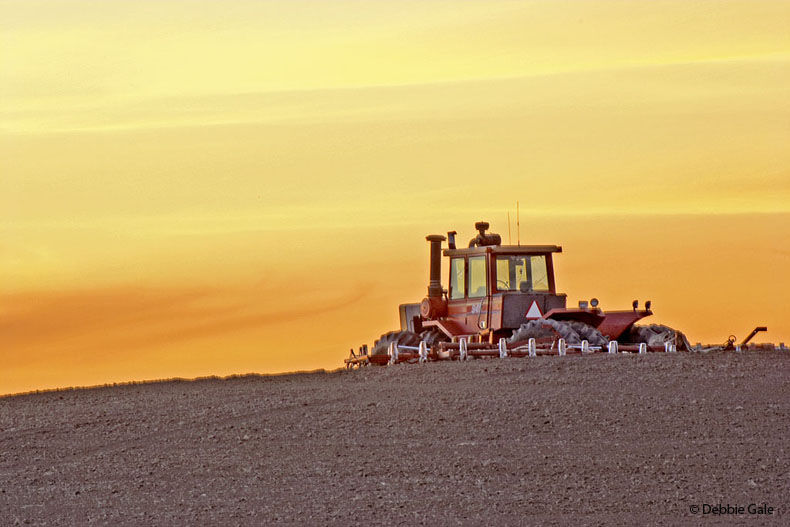 Previous Next
← previous day next day →

The End of the Day

Posted by Photosanity (Folsom, United States) on 13 March 2009 in Landscape & Rural and Portfolio.

The Palouse is one of my favorite spots to photograph. It is one of the largest wheat growing areas in the United States and spans from Eastern Washington into North Central Idaho. It provides endless opportunity for graphic patterns in its rolling hills and changing seasons as well as having some of the most photogenic barns I have seen in my travels.

I have traveled to the Palouse in both the spring and harvest times, I hope to visit during the fall and winter in the next couple of years. This photograph was taken during the harvest season at sunset on one of my favorite hills on Klaus Road, outside of Colfax. There was alot of dust in the air from all the harvesting and earth turning which provided the colorful sunset and the only thing available as subject matter was the tractor. Normally I would not go out of my way to photograph farm equipment but the sunset was so beautiful I just had to try.

Please do not copy or reproduce my photos without my permission. Please contact me if you are interested.

@shroom: Thanks! I printed it on watercolor paper and it looks almost like its painted - I have to admit I am pretty proud of it :-).

@EYES WIDE SHUT: Thanks! Now all I have to do is become as poetic as you in your blogs and I will actually feel like I understand what blogging is all about. Thanks so much for your kind words!